Bestselling American author Rick Riordan, well known for Percy Jackson and the Olympians amongst other series which he has written for youngsters  and adults. With his books having been translated to various languages, his name is no stranger amidst fans of fantasy, mythology and detective fiction. Riordan has also written several successful series, Magnus Chase and the Gods of Asgard being one of them.

Second to the Magnus Chase series, Magnus Chase and the Ship of the Dead is also based on Norse mythology. To understand the series in a better way, it is important to read the first of the trilogy (hyphen) The Sword of Summer. Riordan brilliantly describes the early life of Magnus and how he unveils the secret about himself being the descendant of a Norse God. The plot then drops light on the beginning of Magnus’s adventurous life. He gets killed in the first book, and is back to life in Norse afterlife in the same story.

A long time school teacher, Riordan caught the exact nerves of what children love to read in fantasy genre, and put them into his stories. He’s known to have a fascination for Greek mythology, and when he was 13, he was introduced to Norse mythology by a teacher. It was through Lord of the Rings. Ever since, Riordan had loved it and eventually addressed many Norse myths in this series. Being someone who had grown up on a healthy dose of Thor comics, he used the character and kept it close to its reality. 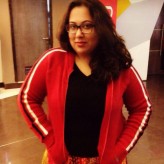