Lee Child is an author who has been giving us one page-turner after another and has made the protagonist of his stories, Jack Reacher an iconic character in the world of commercial fiction. So much so, that popular Hollywood Director Christopher McQuarrie and Tom Cruise teamed up to bring Jack Reacher to life on the 70mm screen.

Incidentally, what makes his writing so gripping is that fact that he writes without planning. There is absolute uncertainty when he starts writing and doesn’t know what is going to happen next. Yet, the one thing that hasn’t changed in all these years is that he starts writing his new book on the 1st of September, every year. This is a ritual (https://www.youtube.com/watch?v=R-Sk7fQGIjE) that he’s been following since his first book, “Killing Floor”, where he introduced Jack Reacher to the world.

Lee Child likes to keep his stories organic, spontaneous and authentic. And that’s why he believes that the first draft of his books is the purest one because nobody has fiddled with it. He relies heavily on autocorrect to keep his grammar and spellings in check, and doesn’t shy away from letting the world know. He firmly believes that his job is to write a story that captivates people and that his computer and team can take care of the rest.

His 21st book featuring Jack Reacher, Night School is written in third person. In this one, we see Jack Reacher during his army days on an assignment to identify an American who had asked for $100 million in exchange for classified information with certain detractors based out of the Middle East. Full of twists and turns, the book is utterly gripping with a satisfying resolution. It’s impeccable the way Lee Child twists the plot on its head. His writing style is simple and lucid, slowly unfurling questions in a reader’s mind all the way to a climax. Whether you’re a Jack Reacher fan or a casual crime fiction reader, you’ll certainly enjoy Lee Child’s writing. . . Go ahead and pick it up for a quick weekend read. The book is available at your nearest Landmark Store. 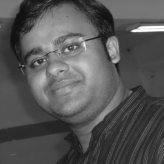 Yatin Gupta is an advertising professional by the day. An avid reader & Humans of New York fan, he feels that stories can influence how we see others & spark a change in behavior.