Shashi Tharoor is one of the few in the country who can hold a crowd with his lucid speeches – and his writing is equally impactful. This book is his detailed endeavour to distinguish Hinduism and its spirit from the ideology of Hindutva that gained momentum in the nation post-1980s.

The 302-page book is divided into three parts. Part one explores Hinduism through Vedas, Upanishads, anecdotes and practises that stress on the religion’s accepting and tolerating nature. He also writes about what Hinduism means to him – his explorations and tribulations. It’s not all paeans, though. In his book, Tharoor writes, ‘Hinduism has not one sacred book, but several, both complementary and contradictory to each other.’ And this is illustrated through him referring to Manusmriti as “bloodcurdlingly misogynistic” before quickly moving on to remind that this is also the religion where women have been regaled as ardhangini (equal to a man), warriors and scholars. He also writes about the religion’s most prevailing problem – the caste system. It’s not a one-sided approach, the book touches upon the factors worth celebrating as well as facets and customs that ought to be questioned.

While the first part is an insightful walk into Hinduism – it’s the second part that is worthy of poring over for anyone who is even slightly interested in the political scene in India. Well-researched, the section traces how Hindutva was used for political manifestation post the 1980s. In this section, he examines various instances of violence caused in the name of religion and devotion. He unsparingly criticises the extremist fringes. But never wavers from the crux that it is precisely because non-Abrahamic (religions whose followers who don’t follow prophet Abraham and his descendants or a religious book) Hinduism forms the majority that India has survived as a plural, secular democracy.

In the last bit of the narrative, he implores the reader to take back Hinduism. An easy yet pondering read, Tharoor’s book will have its share of naysayers and will be passionately debated. However, it makes for a compelling argument against those who take up arms in the name of faith, especially Hinduism. 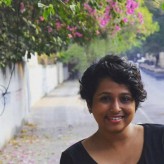 Kala is a writer from Pune.