William Shakespeare’s work is eternal. 400 years since his demise, his work is reproduced, adapted, and is an inspiration for many young authors and storytellers. The Bard was a maven at making his stories exclusive, yet audiences across countries, cultures, and backgrounds have been revering his work for centuries. Shakespeare is the most filmed author according to the Guinness Book of World Records, which lists 410 feature length films and TV versions of his plays in different languages.

Many present-day writers have reproduced William Shakespeare’s works and have adapted it into several plays, books and films. The Bard’s popular writings and plays that have been reimagined widely are “Romeo and Juliet,” “Hamlet,” “Macbeth,” “King Lear” and “Othello” among others.

Author Jeanette Winterson’s modern adaptation of “The Winter’s Tale” is named “The Gap of Time.” She   re-told one of Shakespeare’s famous tragicomedies. Author Howard Jacobson re-imagined one of Shakespeare’s most controversial plays “The Merchant of Venice” in his novel “Shylock Is My Name,” which was out in 2016. These adaptations have enabled young readers to get familiarized with the Bard’s identifiable literature.

New York Times best-selling Author, Tracy Chevalier retold “Othello” in the modern setting of a suburban schoolyard. The novel has been titled “New Boy.” It released in 2017 and is a compact retelling of the original tale that rekindles emotions like love, sabotage, anger and jealousy. Jo Nesbo’s latest book “Macbeth”, which released this March, is receiving all the attention it deserves. It is the author’s take on Shakespeare’s original of the same name. His story reflects a dark and a more gruesome side of human nature. It is a gripping tale of greed, guilt, love, political ambition and the aspirations of a criminal mind. 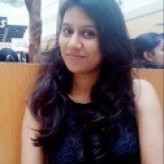