The descendant of the Assassin’s Creed Origins, Assassin’s Creed Odyssey is creative, packed with combat and character personalisation. It weaves together some new things and some old scenarios, improved for the better though.

Different defensive strategies, the changed function of healing items and consumables and the toggling helmet are some things that you must watch out for. The hidden blade has been replaced by the broken spear in the Odyssey. Well, one reason for this could be that the plot is set in a time that saw no blades! Again, you can use the broken spear throughout the game. Yes, the game has more continuity.

The plot is set in Greece, where you get to become a mercenary, either a male or female. You get to pick one player and play the same character all through the game. Though the two characters Alexios and Kassandra aren’t very different, players can mould the characters as they flow along the storyline.

Talking of characters, players will come across historical personalities and philosophers as part of the game. There is an honest effort to stick to facts around the location and time period. The game has been well-researched, is full of details and rich content.

One of the many highlights of the Odyssey, what also sets it apart from the other games in the series, is the fact that you don’t have to revisit a location twice. Ubisoft has focussed on addressing the pain of encountering an enemy below a player’s level by creating more scenarios and enemy levels.

All in all, the game is a big voyage, full of smaller plots within to make the adventure complete. It spans across islands, naval combat, there’s loads of swimming and all the excitement of an open world game too. And it’s all waiting for you at your nearest Landmark store. Get going already! 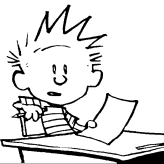