Games have been evolving and have come a long way since their inception. Multiplayer in games is no longer an add-on for a single-player game and has evolved to become a full-fledged game without a single-player campaign. For example, various multiplayer modes like Massively Multiplayer Online Role Playing, Battle Royale, etc., have moved gamers to completely immerse themselves in multiplayer modes instead of single-player campaigns. Let’s check out some key differences and fun quotients between these modes in this article.

Although single-player games are more immersive, there are fewer chances of replaying the same game unless there are multiple endings or quests. However, in multiplayer games, even with the same maps and environments, the fun never ends and it is always a new experience every time one plays the game. Because of the varied atmospheres built by various online players, the competition is fierce and engaging as compared to a single-player game. Multiplayer games bring out the skill in each player and the competition can get quite fierce. These games are also found in many Esports championships where the players can compete against each other as a team to win huge prize money. They are also hugely popular among streamers over services like YouTube, Twitch and Facebook where they have a huge audience. Some of the best multiplayer games are:

In recent years, the gaps between single player games and multiplayer games are closing in, for example, new games like “The Way Out” by EA, is focused on an excellent storyline like a single-player but you cannot play the game without another player or a  local co-op buddy. Another excellent game “Far Cry 5” by Ubisoft, has a co-op mode that allows you to play the single-player campaign along with a buddy to help you out. Some studios like EA have completely stopped developing single player games in favour of multiplayer games, while some studios like Naughty Dog and Santa Monica are developing far more story-line focused single-player games.

So, what is your favourite? Single Player or Multiplayer? Let us know in the comments below. 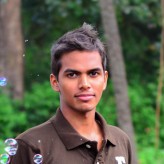 Elam Parithi Arul is an Avid Gamer and a Technology Evangelist in the pursuit of helping people garner the best out of today's tech.